*** The Rutgers University Debate Union has won the Campus Week Debate over the Rutgers Association of International Relations on November 4 for the second year in a role, arguing in support of the resolution: Resolved, the Berlin Wall Never Fell.  Thanks to both teams for a lively and forceful debate! ***

The Center for European Studies has again received an award from the Embassy of the Federal Republic of Germany to the United States to work with Rutgers Students in organizing a fall term "Campus Week." This year's theme is The Fall of the Wall at 25,  a chance to re-examine the events that took place around the Fall of the Berlin Wall, generally accepted as taking place on November 9, 1989. 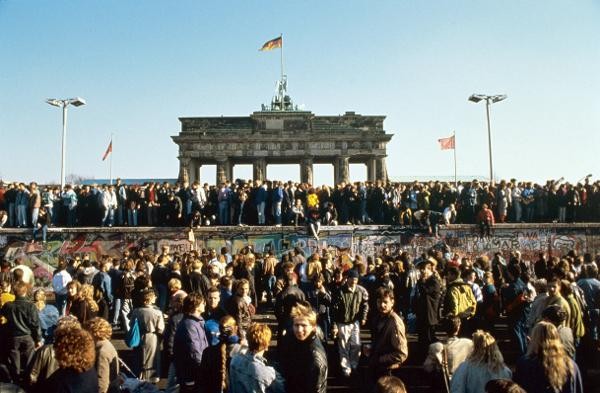 Togther with students from the Rutgers History and German Clubs, the Center for European Studies has planned a Film Festival, an academic conference, 25 Years After The Fall of the Wall: Critical Perspectives and a reprise of the team debate between the Rutgers Debate Union and the Rutgers Assocation of International Relations, debating the provocative question Resolved:  The Berlin Wall never really fell.

For additional information, please click here to jump to our Fall of the Wall page.